Still Tired – Even if You’re Getting Enough Sleep?

Even Getting Enough Sleep can be bad for you – if it’s at the WRONG TIME!

“We’re only just beginning to understand the damage that irregular sleep patterns can do to your body, particularly when you sleep at the wrong time” Sarah Montague, Radio 4, Today programme*. 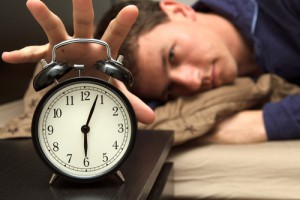 Professor Russell Foster, one of Britain’s leading sleep experts from Bristol University and Director of the Sleep and Circadian Neural science Institute, told the Today programme that the assumption has always been that the body adapts but “the latest empirical research shows that it doesn’t, which explains why there’s a higher incidence of obesity, diabetes, heart disease and cancer in people who do night shift work.”

He explained that the 24 hour pattern (known as our circadian rhythm) is so ingrained in our DNA that, if we do not sleep at the correct times for our bodies, even our ability to reason is severely impaired. “Cognitive performance is down… at 4 am, our ability to process information is similar to the effects of being legally drunk.. the ability to think is as impaired as if you’d had a few whiskies.”

We have evolved over millions of years to sleep at night; our sleep/wake cycle is controlled by several thousand cells in the brain.

All our organs run according to this pre-programmed genetic pattern to make them carry out certain functions at one time of day and others at another.

This may well explain the higher levels of obesity in those working at night. Professor Linda Morgan studies the way we metabolise food differently in the day from how we do so at night. She explained that, if we eat foods containing high levels of saturated fat, refined carbohydrate and sugar at night, it will “hang around in the bloodstream a lot longer than if we ate it during the daytime.”

Professor Foster also explained that some of the vital processes that take place while we sleep are:- “memory formation, information processing, rebuilding metabolic pathways, toxin cleansing and tissue repair”. As a result, sleeping pills can “induce sedation but these vital processes do not occur in drug-induced sleep… they do not provide a biological mimic of sleep”.

Nowadays, most people suffer from lack of deep, restorative sleep, due to the lure of modern technology which enables us to carry out activities which are most suited to the brain’s daytime functions at any time of night.

Symptoms of sleep deprivation can include a loss of ability to focus and process information, leading to reduced cognition and creativity as well as memory impairment; a tendency to have micro-sleeps during the day can also result from this. Recent research also shows that there is a “significantly shortened lifespan for those working at night”.

He summed up by saying that our modern culture of getting by on as little sleep as possible being considered as a badge of honour is to blame and that not taking sleep seriously should be frowned upon in much the same way as we now discourage people from smoking. As he so rightly said: “We cannot exclude sleep from our priorities”.

Read my blog and the latest news and research on sleep